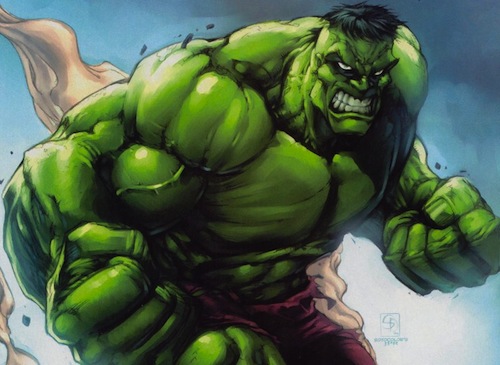 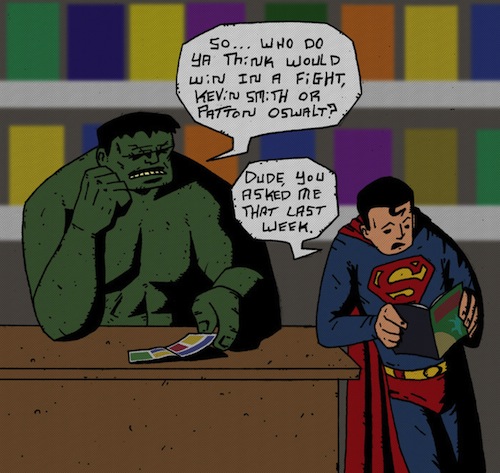 So in the midst of of all the recent political tension surrounding the upcoming presidential election a lot of issues are being hotly debated….But not the ones that matter! Like for instants Who would win in a fight, HULK or Superman. If a candidate adequately answered that question it would decide my vote pure and simple even though I know the answer. Who you think would win says a lot about you as a person by the way, lets take a close look at the opponents. You have Superman who’s powers include extreme speed, ice breath, laser vision (not Lasik his eyes work fine even though Clark Kent does wear glasses), super strength, x-ray vision, the ability to fly, good looks, nice job, cute girlfriend, stupid out fit, and a general elitist attitude…. OK some of those aren’t powers but you get the point. He derives his super power from the earths sun and sorta recharges like a battery when harmed. His weaknesses are kryptonite which negates his power, or simply being shamelessly beaten down faster than the sun can recharge him, clearly no easy feat.

OK so I would like to point out that Superman’s strength and speed seems to change all the time as is true with most comic book heroes HULK included so no point in mentioning it. Its a battle of will. For a complete list of HULK’s strengths click here because chances are your underestimating him.

Ok now lets take a look at HULK. He is a mild mannered genius geneticist who is essentially homeless most of the time from living on the run from the government (it’s not easy being green) . The reason for this is one of his genius experiments with gamma radiation turned him into a large nearly invincible beast who possesses  super strength and a really bad attitude. The catch is you have to make him angry to turn him into the HULK ( I think one look at superman’s cape would do the trick).

His strength varies due to how p!ssed off he is, which is “very” when someone is beating him, which is why he really just doesn’t lose fights…Even with gods, watch as he demonstrates this on Loki (a god from val halla).

So basically what i’m getting at is that HULK would beat up Superman. He is the arrogance equalizer of elitist tough guys. Any time some clown in a cape comes along and thinks he’s the greatest thing since sliced bacon HULK puts a green fist in his breadbox. Good luck Superman, call Loki before the fight for some what not to do advice…..Oh and Obama, Romney, I wish to hear your thoughts on this before I vote. 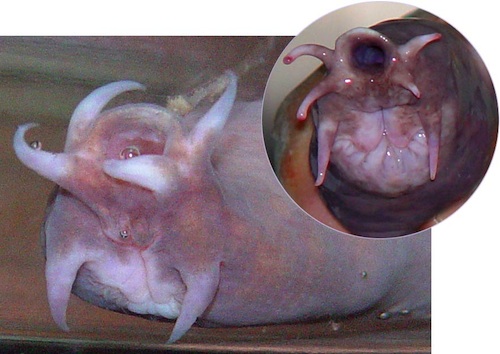 Amazing Animals: The Hagfish Not Just A Cute Name!!! 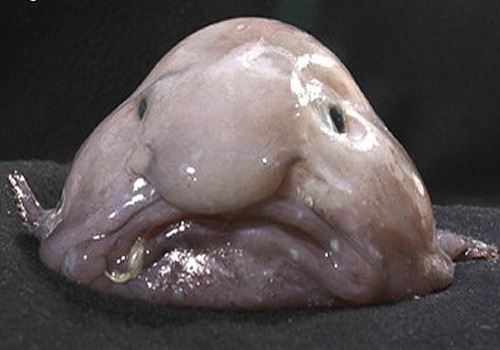 Amazing Animals: Blobfish, the Couch Potato of the Sea 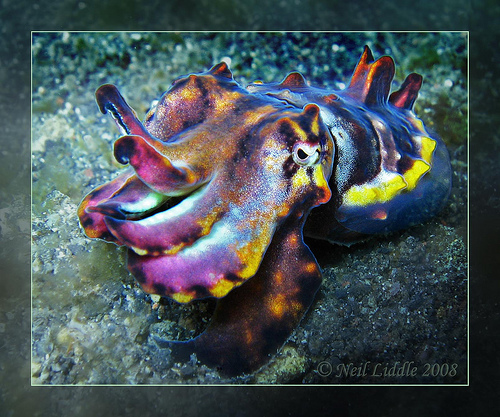